I started working in libraries in 2002 as a Library Clerk and was promoted to
Branch Manager in 2003. I then became Acting Branch Manager of Montgomery County Public Library in 2009. Upon receiving my graduate degree of a Masters of Library Science, in 2012, I was promoted to Technical Service Librarian in 2013.

In 2014, I was hired as Technical Services and IT Librarian at Three Rivers Regional Library System, becoming the IT Manager/Network Administrator for the nine library system. In 2019, I completed one year of PINNACLE training (Directors Training from GPLS and Carl Vinson School of Government) and training for government administration. On July 1, 2020, I was promoted to the title of Deputy Director, becoming Director of Three Rivers Regional Library System in 2021. I began working for Three Rivers Regional Library System in October 1999 as a Library Clerk.  I loved working in the library so much that I decided to go back to school for my library degree.  In 2002 I graduated with my MLS through the online program at Florida State University and became Circulation Librarian.  After fifteen years here, I was promoted to Assistant Director.  At Three Rivers, I’ve worked in reference, circulation, cataloging, acquisitions, web development, and human resources.  I have also been responsible for statistics, interlibrary loan, and PINES/Evergreen issues. I am the Assistant Director & Programs Coordinator.  I previously served as Technical Services Librarian at North Greenville University in Tigerville, SC.  I hold a Master of Library and Information Science degree from Valdosta State University and an Education Specialist Degree (Ed. S) degree in Leadership from Liberty University. A native of Massachusetts, I earned an MA in Art History and Italian at the University of St. Andrews, Scotland, before moving to Georgia to work as a Museum and Historic Site Curator. I joined the Three Rivers Regional Library System in 2010 as the manager of the St. Simons Island Public Library and transferred to the TRRLS regional office in 2013 as the Development Coordinator.  I began cataloging for TRRLS full-time in 2015, and since receiving my MLIS from Valdosta State University in 2019, I am now working on all kinds of projects related to our libraries’ collections as the Collection Management Librarian.  I live in Brunswick with my husband, daughter, and cats; and I am an avid reader of romance, horror, and historical fiction. I began working at the Three Rivers Regional Library System administrative office in 2016 as the Program & IT Associate. Previously, I worked as a library clerk at the Wayne County Public Library in Jesup, Georgia in 2015.  I received my Master of Library and Information Science degree from Valdosta State University in 2018, and became the Adult & Digital Service Librarian. I was born and raised in Jesup, Georgia. My first job was a part-time Library Clerk position at Wayne County Library in 2013. After I graduated from high school, I was hired on as a full-time member of the Wayne County Library Staff. Then in January of 2019, I moved to our regional headquarters office as the full-time Office Manager and Accounting Assistant. Since then, my duties have led me more towards the accounting side of our library system, because of this, I decided to go back to school to seek a degree in accounting from Coastal Pines College of Jesup, Ga.

On a personal note, I’m a mother of two wonderful little boys that are my world.  I enjoy spending time with my friends and family and just living life. I began working in the library system in 2016 at the Wayne County Library as a Work Based Learning student. For a short period, I thought I wanted to pursue working in the medical field but ultimately came back to working at the library.  I was hired back on full-time until 2020, when I transferred to Three Rivers Regional Library System, as the Office Manager. In my free time, I love spending time with my family, traveling, & photographing things along the way. 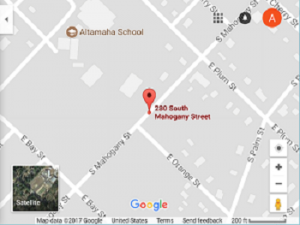 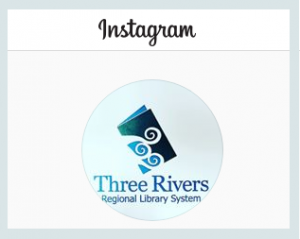